The Unexpected Future Of Bug Reporting

High-profile hacking and vulnerabilities in leading software products have led many to ask: “Where were the bug reports?” The future of digital bug reporting will be different – and far more vital – than anyone can imagine.

In early 2020, an unknown and unseen error in Microsoft’s massive cloud systems was taken advantage of by a group of accused hackers originating from Russia. The attack, which used a cloud services supply chain vulnerability, led to many organizations serviced by digital security company SolarWinds being compromised by a months-long espionage campaign. The attack infiltrated past many security firewalls believed to be impenetrable – including accounts operated by personnel at the US Treasury Department, NATO, and the European Union.

The massive hack brought to light the very real threat posed by malicious entities in an ever-increasing digital world. While the growth of online capabilities has created immeasurable opportunities for billions around the globe, it has also created plenty of opportunities for malicious hackers and accidental bugs to wreak havoc on a worldwide scale.

While world leaders sort out the aftermath of the hack, software developers and companies have one question in mind: How was this bug in the SolarWinds Orion software not caught earlier?

A “Boring” Task With Incredible Consequences

The world of bug reporting in software development is often seen as a laborious “necessary evil.” Many developers would rather spend their time investing in new ideas and software advances than dealing with the myriad of ways that customers and clients “broke” their product.

However, without proper bug reporting and outlets by which consumers can report bugs in software, high-profile software will continue to be at risk of infiltration by those who don’t wish their actions to be noticed.

At best, a lack of solid bug reporting is a nuisance that leads to a bad review of software online. At worst, it can lead to one of the world’s most serious digital espionage cases in history.

So what is the way forward for bug reporting? We must rethink how we view the future of this practice and update our tactics to meet today’s advanced needs.

Getting A Grasp On Bug Reporting

So what exactly is bug reporting? If you’ve ever used software before (we assume you have!), then you have undoubtedly run into a situation where your program froze, acted strange, or simply stopped working altogether. When that occurs, you have probably seen the following error message:

An unexpected bug occurred in your program. Would you like to submit a bug report?

A “bug” refers to any error or adverse event that occurs using software that can be traced back to coding. To find bugs, software companies use powerful bug reporting software that tracks all known instances of bugs and reports the details back to the company’s quality control team to be addressed and fixed.

In most cases, bugs reported back to a software developer are quickly handled, and a “patch” is released that addresses all user’s issues. However, when bugs go unaddressed, the results can be devastating for a company’s brand reputation and future.

Consider the story of famed video game developer CD Projekt Red and their long-awaited video game Cyberpunk 2077. The game was released with expectations that the game would smash industry records and become the standard for video games moving forward.

Unfortunately, upon release, Cyberpunk 2077 was quickly discovered to be full of software bugs that made the game nearly impossible to play on any console or PC. The result was a damaging PR fiasco that left CD Projekt Red facing angry fans demanding refunds and a class action lawsuit.

So what made the bugs in Cyberpunk 2077 so damaging to the software developer? The ability to record and post unfortunate bugs to the entire world.

CD Projekt Red began to see their brand value plummet as fans and players began to post their own stream recordings of the bugs and flaws in the game. This method of reporting – or rather, promoting – software bugs revealed the nature of error reporting for the future.

Unexpectedly, the Cyberpunk 2077 bugs revealed the necessity for visuals to play a much more significant role in bug reporting. For developers and customers to better understand bug issues and communicate toward fixes, visual bug reporting is necessary.

With visual bug reporting, you can supercharge your bug reporting system by giving all parties involved video-based access to bugs in real-time. This will help increase the effectiveness of quality assurance teams to address issues faster and will provide customers with a feeling that they are engaged in helping improve their favorite software.

How Does Visual Bug Tracking Work?

So how does visual bug tracking differ from the traditional method of tracking and addressing issues in software? The key comes with the power of video communication.

There was a time when bugs would occur in pre or post-development, and the only way to notify developers was through a written bug report. This would often leave a software developer to try and navigate the explanation of a bug through written documentation – which would often result in a lack of clarity on the source of the problem.

When recording bugs with visual software, you can better explain and showcase issues in real-time as they occur. This will help developers better understand what problems are happening with a software and better address them quickly.

Annotating Issues As They Arise

Another significant aspect of visual bug reporting is the ability to annotate and markup issues as they arise on-screen. As developers work together to create software packages, they can communicate with one another across screens by annotating problems through visuals. 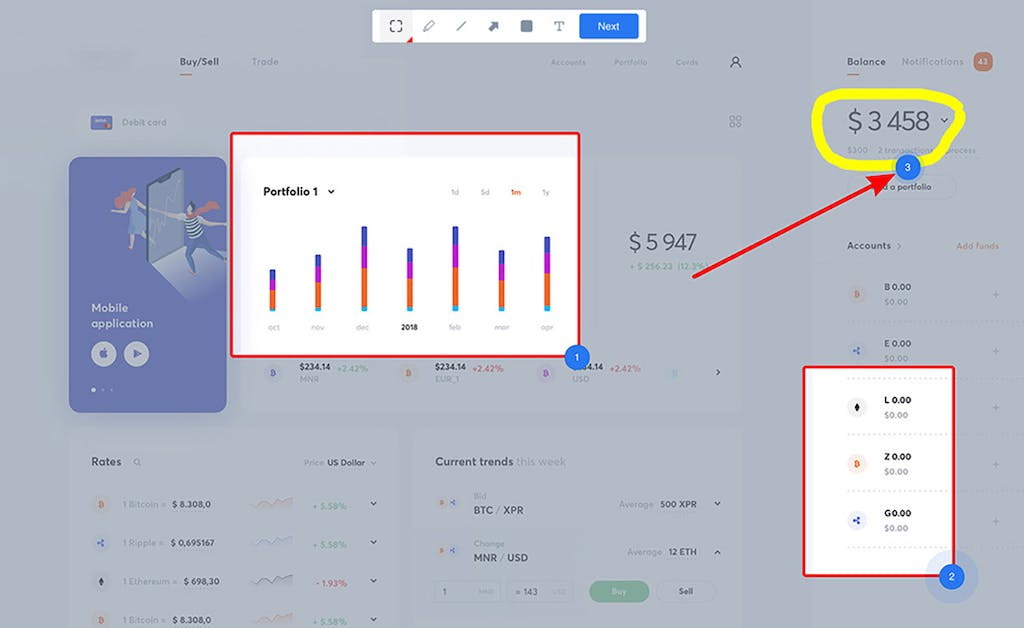 This will help everyone on the team know exactly what problems exist and what expectations are placed on handling them.

When using visual bug reporting, teams and clients will communicate with each other across platforms to solve issues. When combined with a powerful bug tracking system, visual communication can increase effectiveness and efficiency across the quality assurance team and other developers.

Once bugs have been identified and addressed, the next step is to report the fix. However, as high-profile bug issues have shown, you need to have evidence of your fixes to build customer or client satisfaction.

Visual bug reporting allows you to showcase the fixes you have made to software during development or after launch with the necessary parties. Once fixes are made to software, it is essential to record those fixes and promote them to those interested.

Why Your Team Needs A Visual Bug Tracking System

Visual bug tracking software has the potential to overhaul the bug reporting process for developers and companies – saving time and energy over traditional methods of handling bugs in both the pre and post-launch stages of software development.

There are a variety of reasons why visual bug tracking and reporting is the future of the industry.

Visual bug reporting, along with a robust bug reporting software solution, will inevitably result in better project outcomes. If you have a bug tracking system built into your overall team workflow, you will have faster access to identify problems and address them.

Visual bug reporting plays a considerable role in this process by providing visuals of the bugs as they happen. Whether submitted by customers or between development teams, visual bug reporting will allow for faster engagement with problems and increased positive outcomes.

In 2017 alone, software bugs and issues cost the worldwide economy $1.7 trillion. Today, the number is nothing if not exponentially higher.

Suppose your software development team finds itself spending hours moving between systems to track and address bugs. In that case, you are wasting valuable time and money that could be better invested in other projects.

Visual bug reporting and tracking allow all team members to engage with a problem in a clear and less confusing way. Rather than having to go back and forth with updates and clarifications, everyone involved can see the issue at hand and work together toward a solution. This will result in faster solution development and a rise in productivity.

Nothing is more frustrating for a development team than a system that is cumbersome and confusing. Bug reporting is no exception. If your bug reporting system lacks efficiency and effectiveness, then you will leave your team responsible for handling issues with decreased motivation and passion for their work.

Visual bug reporting is one of many tools that modern software developers are using to turn bug reporting from a terrible task to just one part of the entire development process.

With visual reporting, communication will be increased across your teams, and your team will work faster with real-time updates and updates as the problem is addressed. Visual bug reporting and tracking will also improve team accountability and transparency.

When you detect and address software bugs quickly, you can increase your productivity and focus your resources on other projects. When you invest in a bug tracking system that utilizes visual bug reporting, you will supercharge your team’s ability to identify bugs and fix them in record time.

When you keep your bug reporting to a single, centralized location with visual capabilities, you can better see how a bug was reported, when it was submitted, and who is currently addressing the issue. Knowing how long it took to handle a specific bug will also help you learn where you can increase your effectiveness.

Not only are bugs nasty, but unaddressed bugs can be devastating to your company. When customers and clients expect bugs to be addressed quickly, you need a system that will allow you to handle issues as they arise fast.

Visual bug reporting allows for customers or clients to submit their bugs and problems with video, which will help them better communicate their issues and give developers a clearer understanding of the problem at hand. Visual reporting will increase transparency and communication between your team and customers – which will only add to your company’s reputation.

Bring Your Bug Reporting Into The Future With Userback

Bug reporting may not be the most glamorous process in the software development process, but it is absolutely essential if you want to see your company meet customer expectations and grow in an increasingly competitive market.

If you are ready to take your company’s bug reporting system to the next level, partner with the team at Userback. Userback’s suite of bug reporting tools allows development teams and companies to implement powerful bug reporting systems that utilize the latest in video reporting methods to increase effectiveness and efficiency across all systems.

Userback’s bug reporting system includes a robust visual feedback tool that allows for effective bug tracking with the inclusion of annotated screenshots and video recordings. Userback’s system has made it easier than ever for customers, clients, and team members to use the power of video to note where they have noticed bugs in a particular software or application.

Userback uses robust systems to automatically capture console logs and the tasks that were taken that led to a particular bug occurring. This will help offer plenty of visual evidence for a bug, and help your developer handle problems with lightning-fast efficiency.

The visual bug reporting capabilities of Userback also make it easy to navigate with a single, simple interface that allows your users to offer quality feedback. Userback also integrates seamlessly with popular apps such as Jira and GitHub, making life easier for you and your development team as well.

Ready to learn more about the power or visual bug reporting, and how Userback can help your team take your systems to the next level? Sign up for a free trial and start reporting bugs with the power of visual feedback today.