All You Need to Know About User Acceptance Testing (UAT)

User acceptance testing is a well know concept if you are a software developer, a SaaS product manager, or someone working in a web development agency, and you already know about the importance of user acceptance testing (UAT). It is a crucial part of any software project and a step that is skipped at your own peril.

Before an application’s final launch or handover to the client, it undergoes one last test – the UAT. Why? Well without it, the rollout might be a complete disaster. A lot of SaaS product managers or developers might refer to this phase as “beta testing”, “end-user testing”, or “final testing”. However, whatever you call it, user acceptance testing is simply a process where multiple tests are done to ensure that the final product is successful. So before you deliver software projects to clients and fist pump the air, you’ll want to successfully complete the user acceptance testing first. 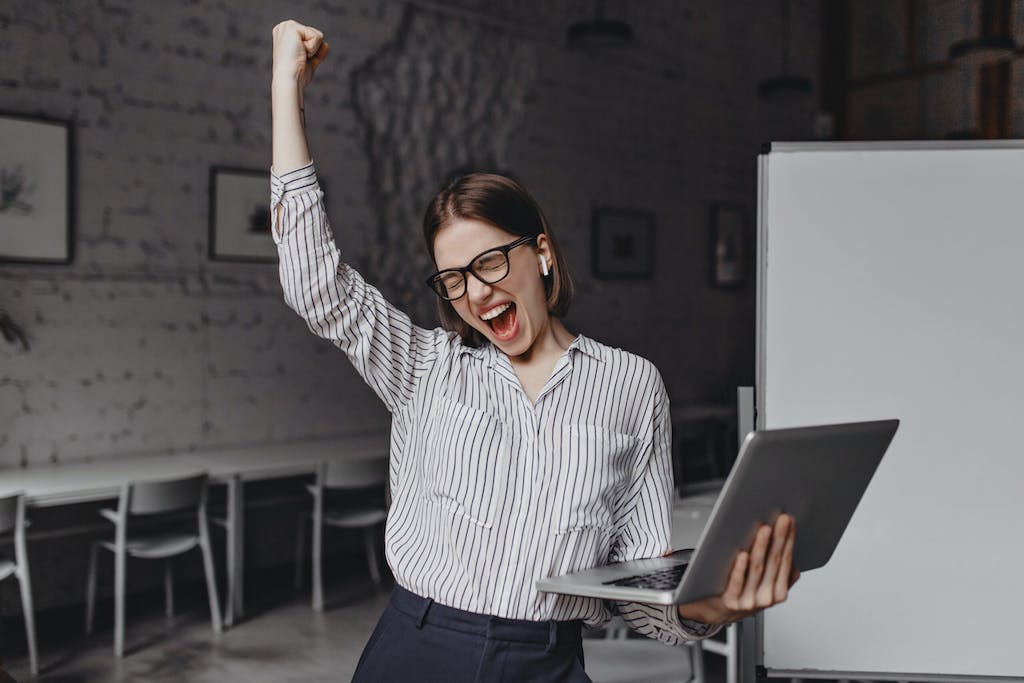 What Exactly Is User Acceptance Testing?

While developing any application, the project team carries out different tests. Some of the tests include functional, integration, and system. The team carries out the tests at different intervals of the project and with varying purposes. For example, functional testing only tests a specific function of the application. In system testing, the developers aim to test the entire app. Now, you might be wondering about User Acceptance Testing. Well, once the project team carries out all the tests, the final test is the UAT. In simple words, UAT is making sure that the app/software/solution meets the end user’s requirements.

There is one key difference that truly sets user acceptance testing apart from other forms of software testing. In all other tests except UAT, it is the developers or quality assurance team that perform them. UAT is unique because the end-user (or client) does the testing. As the end-users will ultimately use the app, it is only natural that they are the ones to test it at the end.

The project team might think that the final app is according to the user requirements. Even the quality assurance team might agree. However, if the end-user feels that it is not the case, the end-user will not accept it. Thus, the project team will have to go back to the development phase and get the requirements right. The end-user does not necessarily have to be an outsider. Your team might be developing new software for the company’s human resource department or the finance team. In that case, your fellow employees will be part of the UAT testing.

Why is UAT Important?

The “User Acceptance Testing” phase is crucial to ensure that you and your end-user are both satisfied with the final solution. It is essential because:

What is the UAT Criteria?

Now that you know what user acceptance testing is and why is it so important for any software or any website, it is time to learn about the criteria to perform this test in the first place. For the best results, there’s a whole list of requirements that have to be adhered to during the user acceptance testing phase. The requirements vary according to the type of software and the business conditions connected to the product. However, it is of utmost importance for each product to set criteria for the UAT so that the entire operation is as successful as it can be.

Here are some criteria requirements that you can use:

What are Cosmetic Defects in Software Testing?

We mentioned above that only cosmetic defects are acceptable in user acceptance testing. We recognize that for some, this statement might be confusing. So, let us explain cosmetic defects with the help of two scenarios.

Scenario 1: Let us assume that your application is ready for UAT, but you notice several spelling mistakes in the app. You notice that the colour scheme is not suitable for the eyes either.

Scenario 2: Before undertaking UAT, you notice that several functions are not working as they are intended. Secondly, the app keeps crashing after extensive use.

Who Should Be Performing UAT?

Even though we mentioned it earlier, it’s worth mentioning again that UAT means “User Acceptance Testing”. So it’s really important to note that it’s end-users who should be performing UAT. The professional testers are just responsible for testing the technical part of the software product. Therefore, they must never be a part of the final testing team.

For the UAT, the end-user must take this test as it talks about the experience with the product as a whole. In most cases, UAT is made a part of the contract as UAT is a vital requirement for a project’s final acceptance.

Advice for UAT and Software Projects

First, make sure that UAT is a part of the formal contract. Secondly, some businesses do take up their quality assurance team to perform this test. But it is one of the worst decisions. Why? The product team will not have an objective perspective when testing the product. It is always better to let the end-user handle UAT. For example, if the application is for the marketing team, let them test it and not anyone else. Involving people with a tunnel vision perspective will kill the purpose of this test. To ensure that your product is in its best possible state, you need genuine and natural user reactions. So, your end-user should be your first choice when looking for someone to test your software product.

What are the User Acceptance Testing Process Steps?

You know what user acceptance testing is, why it is important and who should be performing this test. Now let’s take a look at the steps involved in this entire testing process and how it’s done.

Here are the steps of the UAT process, explained in detail:

Planning is all about outlining your strategy for UAT that has to be performed on your product. There is no one strategy used here; in fact, people have different approaches to outlining the strategy, but you should always go for the one that aligns with your business requirements in the best possible way. For example, what part of the app should you perform the tests on? Which end-user will test which part of the app?

Once you have planned UAT, it is time to think of the different test scenarios. Here we are referring to all the situations that can arise while using the product and what needs to happen in each situation. These scenarios help with the creation of test cases. Let us assume that you have asked a web development agency for an e-commerce website. One test case would be to test the website during the sales season. As there would be many customers, testing the web site’s functionality, load speed, and overall user experience is a must-have test scenario.

What are the Benefits of UAT?

Conducting UAT is more like taking user feedback for your product. It’s well-known that user feedback is of utmost importance for a business owner, whether negative or positive. You indeed need to consider the amount of investment in UAT, but the benefits are worth it. UAT might take 5% to 10% of the development process, but on the other hand, it can save you more than 30% of your time in fixing issues or making additional changes. If you are looking forward to a good ROI score, UAT is quite important, making a big time saver overall.

Here are some benefits of UAT testing, including:

What are the Best Tools for User Acceptance Testing?

There are several tools on the market that help with user acceptance testing. After all, not every organization has the resources or expertise to conduct UAT. And most of the time, email, spreadsheets, and pen with paper just don’t cut it! So let’s take a further look at Userback as one of the best UAT tools for web designers and developers.

Providing feedback is not easy. If you don’t have much experience in reporting feedback on your web application to developers, you can actually complicate things and take up more time than is necessary. This is where Userback’s UAT features play a vital role. With Userback, you can provide quick, effective, and visual feedback on the website, web app, or any other project. It is easy to use; even a person without experience (like your customers) can use it to provide effective feedback.

Imagine that you are clicking on the tab menu, but it doesn’t work. You report it to the development team. They ask you about which tab menu, the error, and a host of other questions. Such questions will indeed annoy a non-developer. Without an answer, the developer cannot fix the error. Thus, the best way to report an error is through visual feedback. Userback lets you do precisely that.

In some instances, screenshots are not enough and there is a need to send a video. For example, when opening the application, there is an error. It goes away quickly. The app works fine for a while before another error pops up, and it restarts the app. Sending a video, in this case, is indeed more effective than screenshots, which is why Userback also enables testers to record a video and send it to the developers.

As developers, UAT can be frustrating because of how difficult it can be to properly understand end-user’s feedback and what they’re really trying to say about your work. With Userback though, developers are able to get highly-contextual feedback with annotated screenshots, video recordings, console logs, and even a replay of the user’s session, thus saving your developers considerable time and resources.

Furthermore, developers can use Userback to manage different projects and their feedback from a single user interface. Imagine responding to each customer’s feedback in emails. What a nightmare! Not only is this a waste of time, but it is also counterproductive. Thus, with a single interface, developers can enjoy considerable benefits.

One thing that makes Userback a must-have for any organization is its ability to be integrated with over 2,000 popular tools. Think of any popular bug tracking or project management platform. You will be happy to know that you can integrate Userback with almost any platform. Whether it is Jira, Trello, Asana, ClickUp, or any other notable platform, save time by integrating them with Userback.

By now, you hopefully realize that UAT is not something that you can neglect. It is a crucial part of any project that is ignored at your own peril. It can prevent the development team from making any mistakes that waste their time or upset customers and end-users.

The testing process is for the satisfaction of the user and the business itself too. It helps reduce a considerable amount of cost, saves time, and makes the product as perfect as possible. One should never launch any product without passing it through UAT first. Even if the test helps prevent only minor mistakes or damages, it will still will be worth it.

Try Userback for free and see how easy it is to conduct UAT and provide feedback directly from your website. When you combine Userback with the benefits of UAT, it will help you build better websites and applications for your customers.